Other Causes We Support (1)

Torah Judaism International was founded in 2010 by Rabbi Asher Meza of BeJewish.org as a one stop portal for everything educationally Jewish on the web.

is currently the only Orthodox organization in the world that actively encourages Jewish Conversion among the masses.

Is currently the only Orthodox organization that teaaches Judaism according to the rationalistic school of Jewish thought in contrary to the Neo Kabalistic ideologies in place today.

Is an active counter Missionary organization eager to seek out new adherents from any religious group or secular movement.

Is the only Orthodox organization with an international Halachic Conversion program.

What works do we consider doctrinally relevant:

The Tanach (The Torah, Prophets and the writings) (Completely Online)

Recommended reading apart from the texts mentioned above:

Duties of the Heart

Guide for the perplexed

Ordination Rabbi Asher Meza received Rabbinical ordination at Yeshivat Nachlei Emunah under Rabbi Yitzchok Kolakowski.
As well as from Ohel Avraham in the Old City of Jerusalem under R’ Seidel as well as another organization whos name will be left out to protect the Rabbi in question. YB

In 2004 Rabbi Asher and his family immigrated to the Land of Israel where he lived in the Settlement of Kochav Hashachar till 2009.

Rabbi Meza learned in Aish HaTorah Institute for Jewish Studies in Jerusalem as well as many other smaller Yeshivot in the area.

While living in the Land of Israel he worked in many Jewish Outreach Organizations including Rabbi Jeff Seidel’s Jewish Student Information Center in the Old City of Jerusalem and Hebrew University.

In 2010 Rabbi Meza and his family moved to Denver, Colorado where he has was involved in Shabbat Hospitality, Jewish Outreach and Conversions in the East Side Denver Community.

2012 Rabbi Asher Meza settled back in the North Miami Beach Jewish Community where he established Beit Midrash Birkat Avaraham (Where he is currently the active Rabbi).

*) Build Schools worldwide where our systematic Torah theology is taught.

Because the proper keeping of the Judaic law code is this world’s only hope for survival.
Although it is true that remnants of this code permeate much of the monotheistic world today, yet still the world fails to progress ethically. This is due to equally widespread misunderstanding and misapplication of the Judaic code of law.

The ultimate Goal is to impact and improve the ethical behavior of people.

Torah Judaism International is the organization.
Our schools carry the name Birkath Avraham (Abraham’s Blessing)
Our tradition is called Dor Deah. Followers of this tradition are known as “Dor Daim,” or “Dor Dai” in the singular.

Jewish practice and doctrinal theology stem solely from:
The Written Torah (5 books of Moses)
The Oral Torah: The Rulings of the Great Court (as codified in the Mishneh Torah of Rambam)

Restrictions within both the Written and Oral Law:

Concepts conveyed within the Oral Torah source texts that do not concern practical implementation of a law have the status of commentary when determining instructional doctrine. 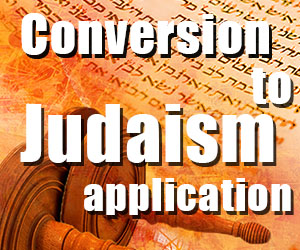 Want to be the first to know when new videos available? Subscribe to our weekly email newsletter. No spam!
Popular Posts

No Oral Torah from Sinai

The Conversion to Judaism Hour

The Conversion to Judaism Hour